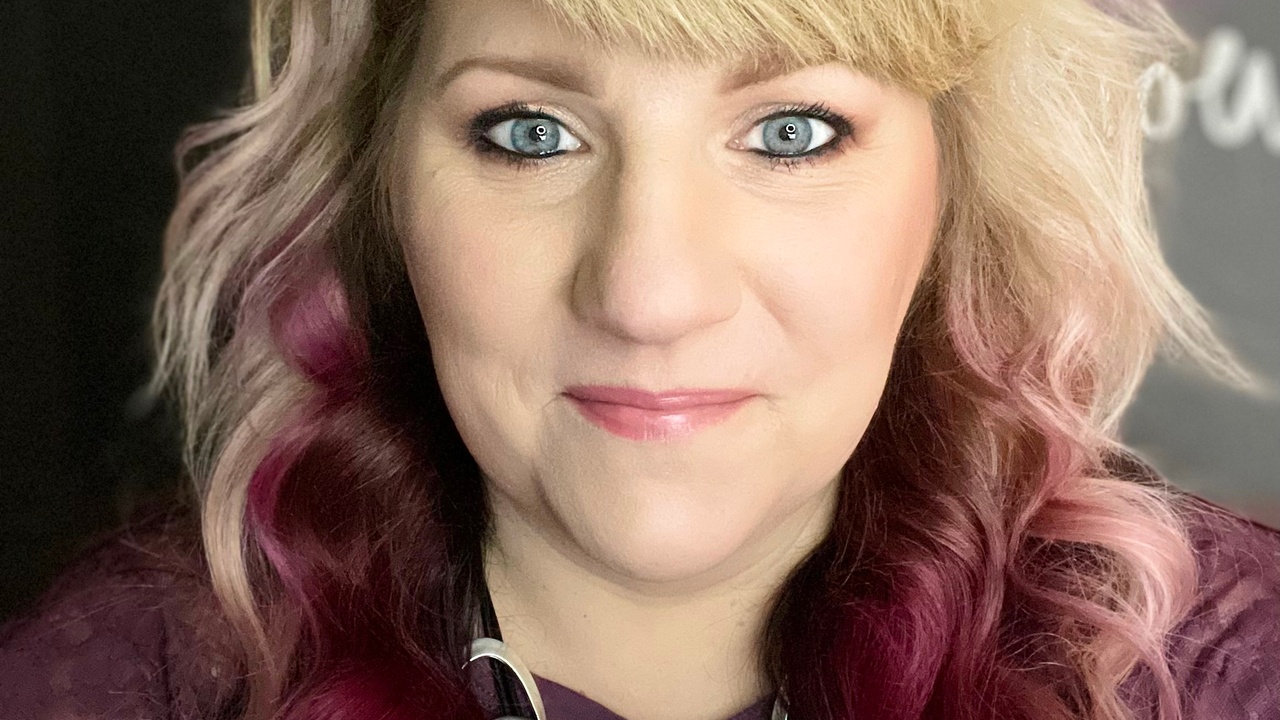 It’s been a few days since I’ve posted. I’ve been keeping rather busy to say the least.

Between networking meetings, one-on-one connection calls, masterclasses and other Zoom-style meetings, I feel like I’ve also been super creative and have had some big breakthroughs.

Brian and I have also been doing Whole30. This is the end of our second week.  I had a crazy realization. During these past two weeks I realized I haven’t woken up and sneezed and blown my nose for like an hour.  The funny part is I always thought my allergies were because my cat sleeps on my pillow and on my head every night.  I thought it was an allergy to cats.  And yet no allergy symptoms this whole two weeks!  Until today.

Brian and I had decided that we would allow one cheat meal each week, which yes, we know that’s a huge no-no in Whole30, but hey…we are adults and do what we want 😆 So last night we had some lasagna that Brian made and it was soooo good, but I was admittedly nervous to eat it thinking it would really upset my stomach.  Thankfully, besides the allergy symptoms that seem to have surfaced this morning; I’ve only had very little stomach issues.

Next up… The creative juices have been flowing.  I attended three incredible masterclasses this week. The first one was through I’m Possible Women’s Empowerment Collective by Sharon Ringier. She started this wonderful CEO series. This class was about Sales for People Who Hate to Sell by Donna Smith Bellinger.  When I tell you I was taking notes…I mean I was writing furiously because the information was gold!!  I had so many ah-ha moments that it turned my dialogue about SLAM Networking on its head!  And the next day I implemented what I learned during a vendor event with Selling On the Spot Marketplace and I walked away with five women taking my offer of 50% off their first month of SLAM Networking!

As if that wasn’t inspiring enough, the next masterclass was by Event Marketing Guru, Alexis Caldicott.  I have previously hired and worked with Alexis. She is a freaking rockstar at what she does!  Her class was helping speakers book high end clients.  Besides realizing I need to get my ass back on stages, I realized that besides my $27/month SLAM Networking subscription - I don’t have a good offer 😮

One hour after Alexis’s masterclass was another class on building your bio with The Write Meow.  This was such an aw-inspiring workshop that had me writing down who I am, what I excel at, what my awards aNFTs achievements are and really digging deep into my “why”.  It was during this class that I finally “saw it”.  I looked at my branding, messaging and everything surrounding SLAM Networking and nothing lined up! My fonts, the branding said NOTHING about what SLAM Networking is all about.

These three classes this week all worked perfectly together to really give me the slap in the face I needed to wake up and see what needs to change.  Here’s what I came up with -

1.  I redefined SLAM Networking, why it’s important, who needs it, why they need it, and how I need to reposition my pitch.

2.  SLAM Networking branding needed a face lift. It had to portray fun, authenticity, connection, and a feeling like this wasn’t just some stuffy networking group.

This is what I came up with. I wanted to use a giraffe because I love the Gertie Glitterbottom character I created with the inflatable costume I have (visit my Tiktok if you have no idea lol).  I wanted her to symbolize a female entrepreneur going places, networking, and having fun. She has a pink bow tie, glasses and a funny smile to show that she’s okay being exactly who she is. And she leaves a trail of glitter wherever she does - making an impact, being remembered.  I changed the fonts to feel more fun as well. 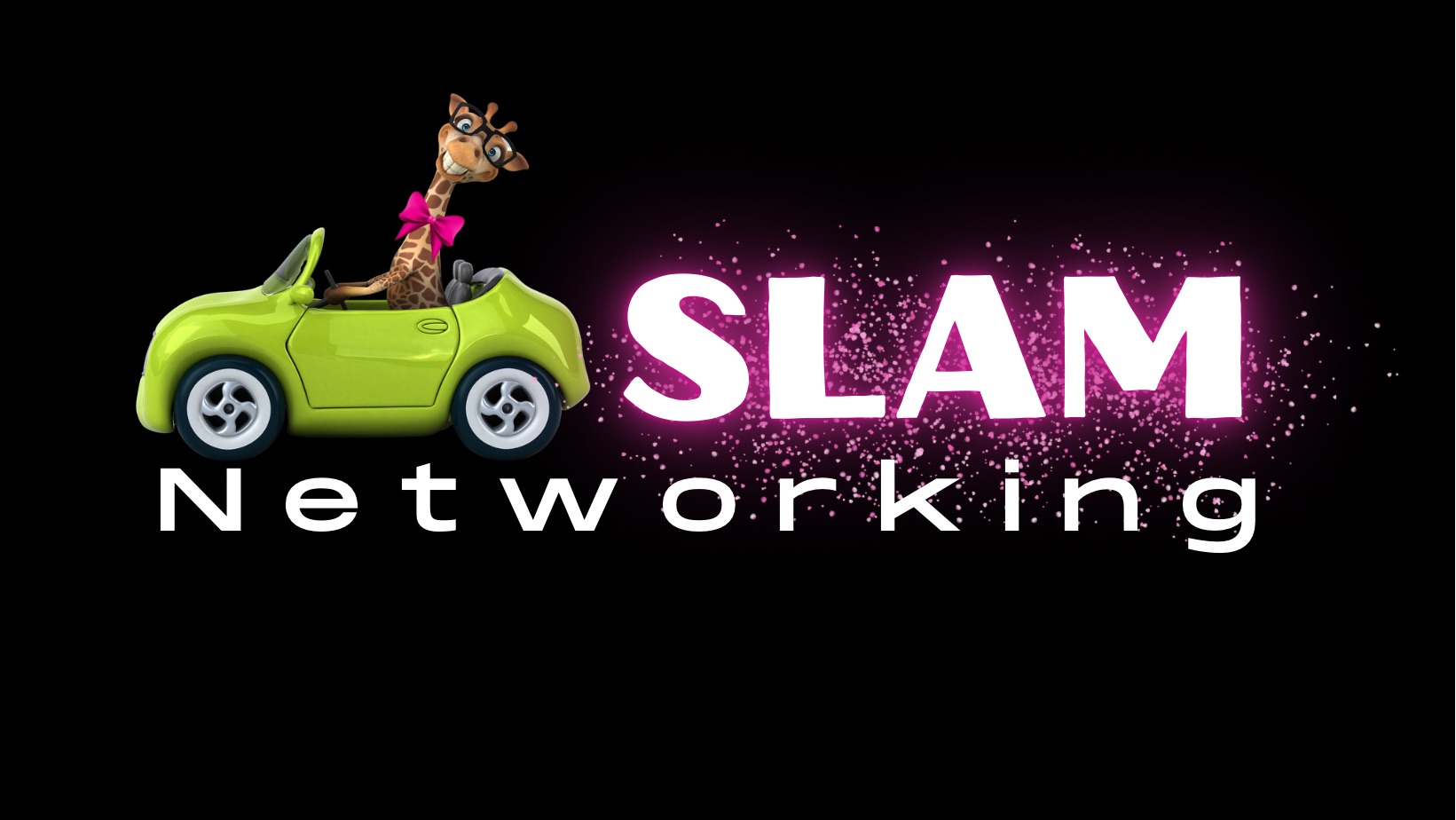 3.  My message on stages and what I can teach/offer. I made a huge realization about what I do best and created a 1:1 Coaching package called Amplifying Your YOU-Ness!
I again wanted this messaging to reflect SLAM Networking as I’ll be coaching clients helping them amplify their strengths to show up at networking opportunities and stand out and be remembered. I love the Gertie character, so I am using her again here.  I also want my branding to be familiar so I kept the same fonts but changed the color to that neon green of the car. 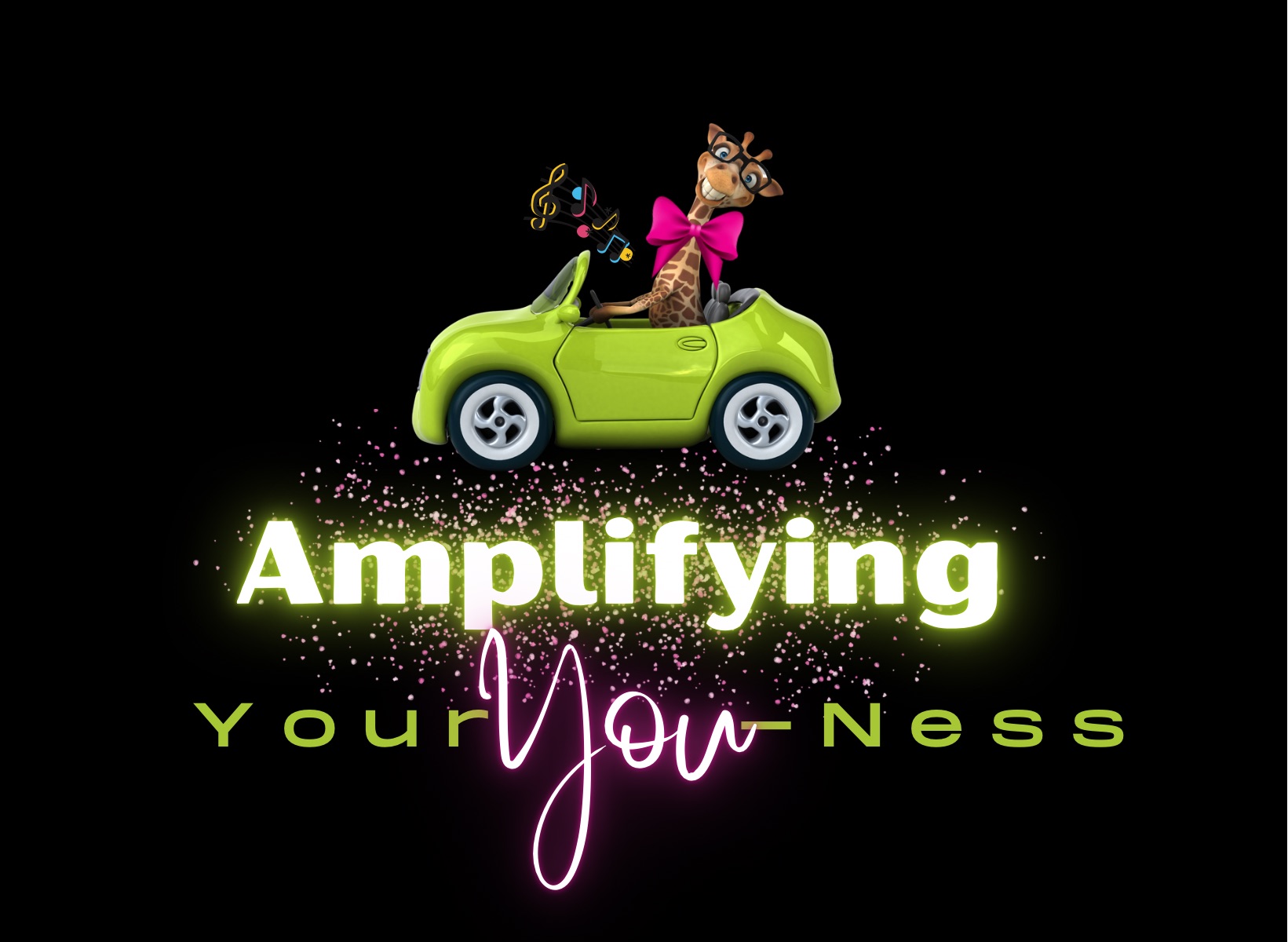 4.  I started a Positive Psychology course, an accredited one. I want to learn WHY what I do matters and how it affects the people around me.  I want to learn why having fun and including time to play is so important and what the mental and emotional effects are. I pulled out my mindset books and watched videos, TED talks about playing as adults.  It occurred to me that what SLAM Networking provides is so much bigger that I even imagined.

So while it’s been a busy week, it’s been life changing as well!

As for social media… I downloaded Tiktok, but before you wag your finger at me 😂 let me explain. My daughter is an artist and started her new business in February. She recently started posted some cute videos on Tiktok of her art work and they are blowing up on the app!  I downloaded Tiktok just watch her numbers go up, up, up! One video has over 82K views currently! She went from under 200 followers to almost 3000 in less than a week!  This has taught me that I can show restraint. I have been able to have the app on my phone and NOT scroll. This is a huge feat for me!

I also downloaded Facebook. Wait whaaaaat??? Whyyyy??!? Lol I can feel you yelling at me. But wait…there is a good explanation.

I was recently voted in as Vice President on a board for a nonprofit organization for a childrens museum. My main “job” would be running the social media. So…you can see the problem currently, right?  First, I had to accept the invite to be an admin on the page. Then I quickly scrolled through the hundreds of notifications (against my better judgement) but I wanted to make sure I didn’t miss anything important.  And that was it. I didn’t scroll Facebook! :)

I did remove the Facebook app again. I kept Tiktok to check in on my daughters page.

I chalk this up to a big win. My social media sabbatical is doing what it was meant to do. I’ve been off the apps long enough that I didn’t feel triggered to scroll through the feed. I wasn’t compelled to stare at my phone for hours.  And now I know when I do officially come back that things will be very different.

I’m pretty excited to get a new presentation/talk together to get back on stages to help amplify people’s strength, help them network & connect more authentically and to add more fun into their lives and business.

Hope you’re all having wonderful and productive weeks as well!
- Wendy

Stay connected with news and updates!

Join our mailing list to receive the latest blog posts and updates from the SLAM Networking team.Don't worry, your information will not be shared.

We hate SPAM. We will never sell your information, for any reason. 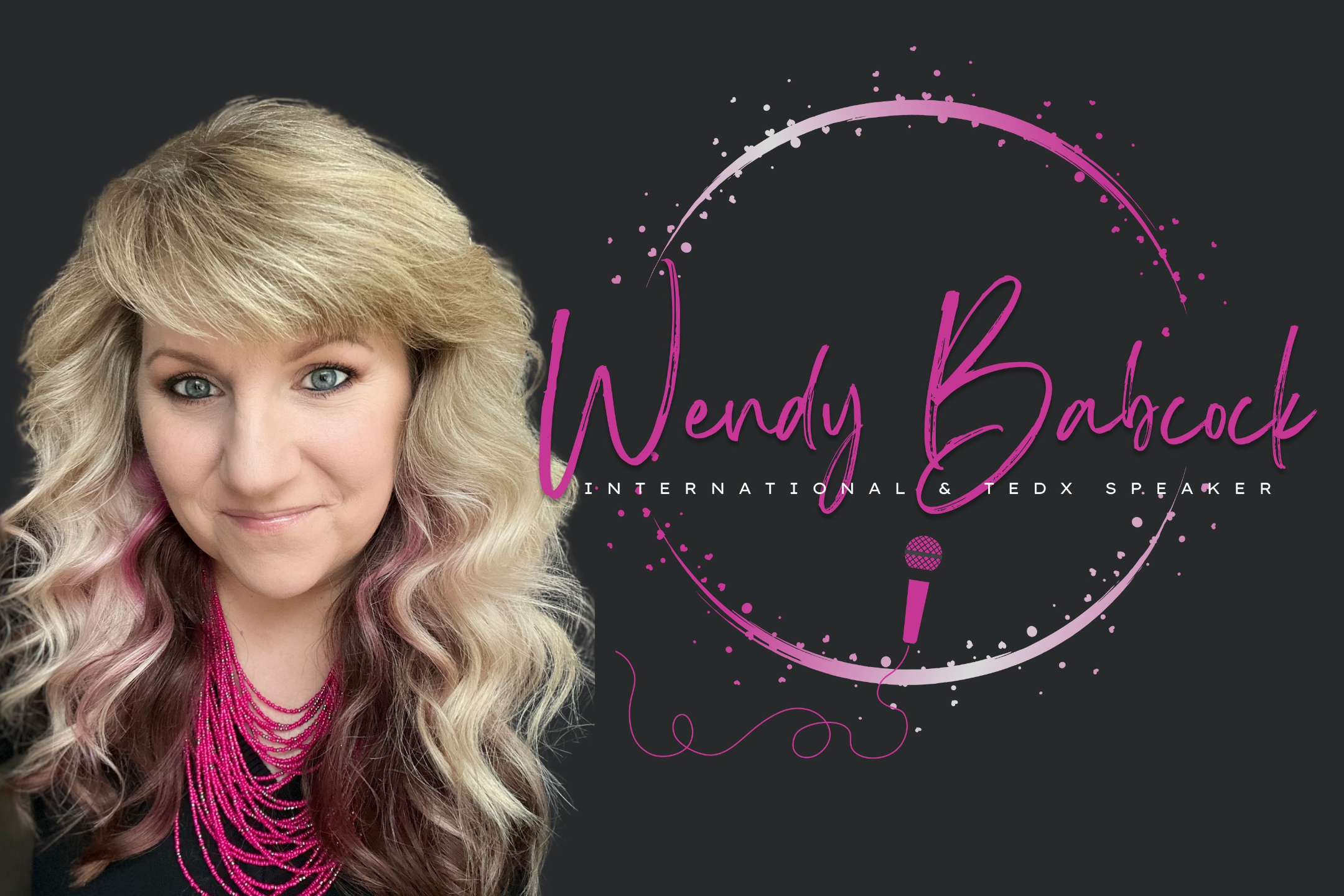 I share the tools and strategies I use to get paid to speak and get on more stages! 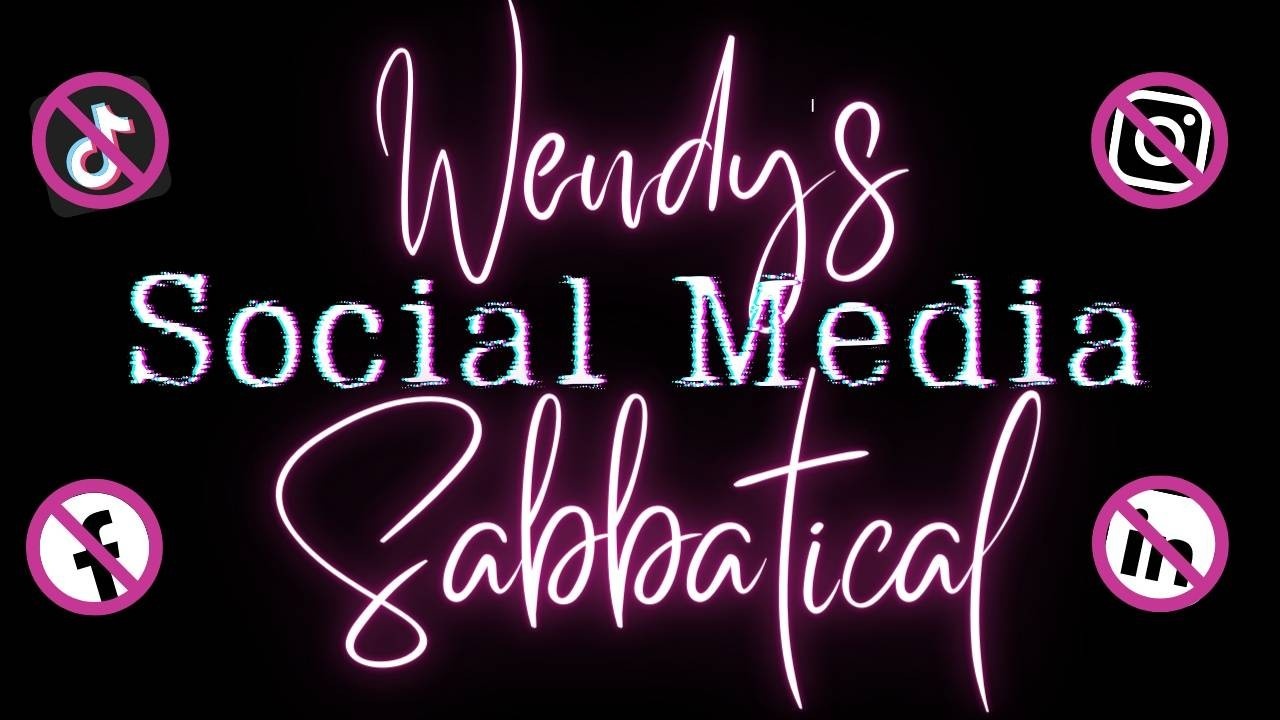 Join the Newsletter and never miss and update for this blog and SLAM Networking news!